How the iPhone X changed marketing

The iPhone X launched last Friday for the incredible price of £999 in the UK, and that is before you take into account a case, calls or Apple’s AppleCare + insurance. Apple are an amazing company and make large margins with their iPhone. Can they make such an expensive phone so expensive?

The thinking behind the X’s (pronounced ten) is nothing short of genius. Announced at Apple’s September 12th Event, the new generation iPhone has no home button and a high-resolution edge-to-edge display but was not available until Friday, November 3rd. Consumers could then choose between a more regularly priced iPhone 8 at £699, a price consumers are used to paying for an iPhone.

The advertising has been nothing short of impressive, telling of the new phone’s exclusive features and encouraging demand. These elements were said to be usual for a new iPhone launch, but many people said that they would not be sufficient for the total cost of the phone.

The difference with this current iPhone was not the early marketing, but the high price. How did Apple adjust the market towards a higher price bracket than the market was used to? 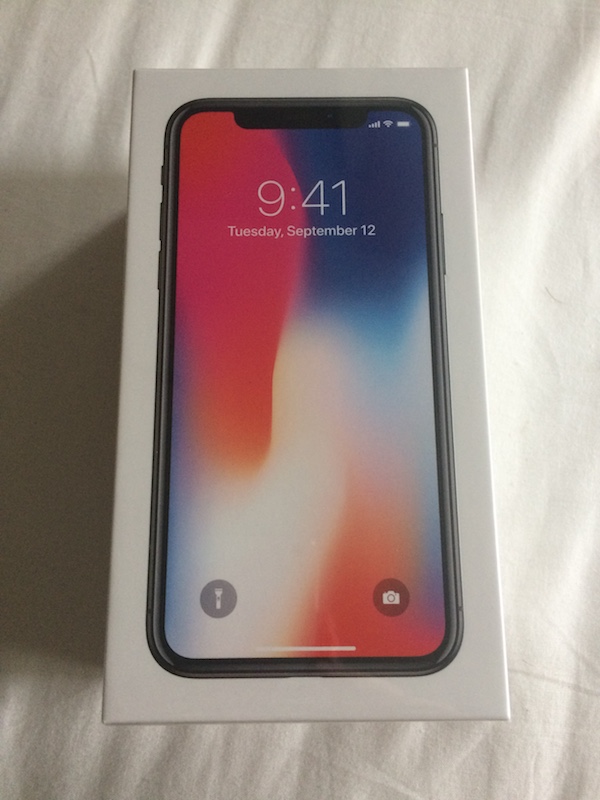 One part of the strategy is for Apple to benefit from their fans who would pay almost any price for a new phone before anyone else. Previously these buyers would go to eBay and pay above the standard price for a new phone. Now Apple have a product that can “price gouge” these fanatical consumers with a product aimed at them – with the money going to Apple rather than a reseller.

Apple have been smart in how they have sold the iPhone. As yet we have no information about how many have been sold, other than that the sales have been “off the charts” as announced by CEO Tim Cook. On the first day that people could reserve and pre-order the phone on the Internet, however if you did not get an order for your phone logged in less than an hour you would have a delivery date 4 or 5 weeks in the future. 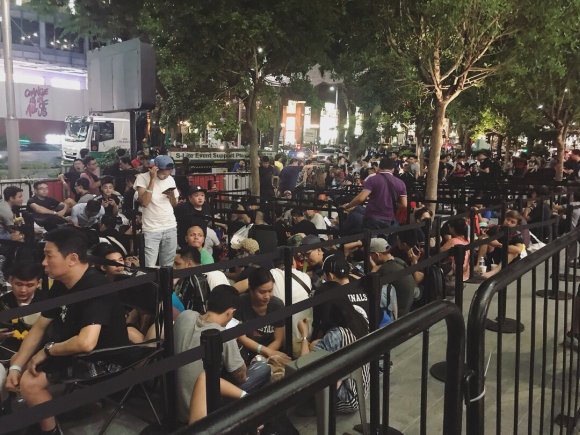 We then saw long lines of people waiting through the night before launch to get their hands on the new phone and supplies sold out of all store around the world.

Apple are great at under promising. This means when they say you are due a delivery in 1-2 weeks, it usually comes after a week. Deliveries are rarely late, and have happy customers (Amazon often use the same trick). When some people began to have their order date pushed forwards it was thought to be just a few people were getting their phones early due to Apple making sure they meet their promise.

After release, Apple make some iPhone X units available at Apple Stores with same day pickup. The suspicious part is that they managed to do this BEFORE shipping orders to their customers who had already ordered from the Internet.

Apple were shipping to new customers before fulfilling their existing pre-orders. How have they managed to do this without upsetting the customer that they, are after all, letting people skip the queue ahead of some of their most loyal and obsessed customers. The key is with their under promise – they are still going to deliver to those customers and before the date they promised. The key part to this is that the customers are complicit in this, they agree to Apple’s actions.

Apple have done that amazing thing. They have turned their customers into fanatics – fans – who will support Apple through thick and thin. They listen to their customers but they also share their values and thoughts with their customers and this has brought unparalleled success to the company.

But how many of their presales (when they release the numbers) will be people who have ordered from the Internet and then picked up another order?

Who will police the police?

A minister is apparently asking teachers at Universities for lists of lecturers who are teaching about Brexit  (source: here). Perhaps the comparisons to 1984 and McCarthyism are overblown (although the principle that this Government may be benign, but the idea that their successors are as yet unknown still stands).

Rather the disturbing principle is rather part of a wider encroachment into academia and education in the vein of the Prevent  duty. With the latter law, teachers are expected to look for activities that do not align with British values and report potential terrorist activity. The training for such a duty has been as ill-thought out as it is dire but that is not the most worrying part.

The idea that teachers are able to identify people who are enemies of the state does sound dystopian. However, assuming the requests are benign how does are they expected to identify such people? Under what criteria?

Imaging a stereotyped science teacher who is entrusted with a mixed class. After studying for his PhD and working in industry, he moves into teaching and works as unqualified teacher in an academy.

What experience is he using to decide which students are displaying attitudes not compatible with British values? What if he is bringing prejudice and stereotypical views into his analysis of a situation, maligning disadvantaged students in his care?

If we ask teachers to be the first line of defence we run a very thin line of acceptability. Rather like asking landlords to check passports when they rent out a spare room in their house. Would you be able to identify a fake New Zealand passport; you are now expected to make a decision based on your experience.

You may not be able to sleep well at night if you think about this too deeply. Those that want to be endowed with this type of power are exactly those who should not be entrusted with it. Those that are watching and checking up on us are suddenly given legitimacy and power.

When is free not actually free

What does free mean?

When people use the NHS, a service free at the point of delivery they may believe they are truly getting a free service. However this is demonstrably not true; the NHS is funded by taxpayers and the payment is indirect.

When resources are given away free (there are a number on this website), it is without payment. There is no payment for the use of the resources, however in some cases there may be indirect payment through advertising, signing up to newsletters or other means. Most people consider that resources without direct means of payment are free, and that means that they do not have to make any payment.

Recently I wrote a blog post that said “tes are now offering free resources for BOTH returning and new customers from https://www.tes.com/teaching-resources/shop/studeapps. Simply use the code OUTSTANDINGOCT for new buyers or VALUEDCUSTOMER for a returning customer.”, Through a forum

The criticism is that it is not free unless it is FREE. Coupons you spend with conditions.

So let us look at the terms and conditions for the VALUEDCUSTOMER code.

I would really be interested to know which condition is the issue. True: It is time limited. However, that does not impact you if you download at the right time. You must be over 18, but surely you are to be a teacher?

Other than that buyers should, enter the code? Is that an issue?

I’m genuinely not sure!

The alternative is, of course that charging for any resources is wrong or immoral. They key counter argument though, is that everyone involved in education is paid for their time although education is free at the point of delivery for students.

Should resources be any different?

In particular the resources under discussion here simply would not exist if they were not sold for money; they are created especially for sale and without the royalty they would not be created. Much like without a salary, a teacher would not be in the classroom. It is a difficult line of argument to say a teacher or a doctor is immoral because they accept payment for their time. The created resources do generate a royalty, which fund their creation.

If people do not want to purchase the resources, they can download some of the free ones from this website or from the fee section on my store on tes. I hope that does not offend anybody.

“Sir, my computer won’t turn on” says pupil turning the monitor on and off

“Sir, my computer won’t turn on” says pupil turning the monitor on and off

I often encounter teachers with complaints like the above. Follow-on discussions range from “Digital Natives: what can you do?” to “…and staff too.”.

If there is an elephant, I might suspect it is in this room.

The point is there is an opportunity in teaching students about modularisation. This is very important not just for computer programming, but for aspects of academic and working life.

I have often explained to students that cars were built from different parts. Ford don’t make tyres; they just buy them from another company. Tesla don’t make gears (or most parts of the drivetrain), they stick pre-bought parts into their products.

Much of this is covered in our lesson on abstraction https://www.tes.com/teaching-resource/abstraction-computing-lesson-for-ks3-11333136, currently free by using the code OUTSTANDINGOCT for new buyers or the code VALUEDCUSTOMER for a returning customer.

Students often think “what’s in it for me?” when they are taught that CPUs are discrete components from a computer. Some might be misled that it is just vocabulary, if they refer to a computer as a CPU it doesn’t really make a difference. They might have a point; you could refer to a steam train as an engine and people would understand. However, things move on. The difference between students in 2017 and those 100 years ago is that we expect more. We expect logic, inference and an understanding of the wider world. It is our responsibility to teach students that computers are different from monitors and vice-versa.

By referring to students as digital natives we do sell them short. A student would implicitly understand that an external speaker has a different power button than a connected phone. However, many find it difficult to transfer this knowledge.

A student attempting to use touch on a traditional monitor has a similar issue. However, we should be asking THEM why ever screen is not a touch screen. Laptop sales are falling, but students are familiar with such machines. Few have touch screens. Why not? If the conversation resorts to cost, why are touch screens more expensive?

By asking the student, preferably in pairs or groups you might find that they know the answers. As a teacher, you need to make the difference explicit.

Why? The future of your students might depend on their problem solving, and not taking things for granted. When a teacher tuts that students are no longer able to use mice, they perhaps need to look at their mind-set first. But then, yes, kick a teacher who asks why the students can’t use Spreadsheets while they cannot use them either.

and your kicks for free.

tes are now offering free resources for BOTH returning and new customers from https://www.tes.com/teaching-resources/shop/studeapps. Simply use the code OUTSTANDINGOCT for new buyers or VALUEDCUSTOMER for a returning customer.

The best free downloads include:

Not quite money for free, so here is a picture of some free money instead: 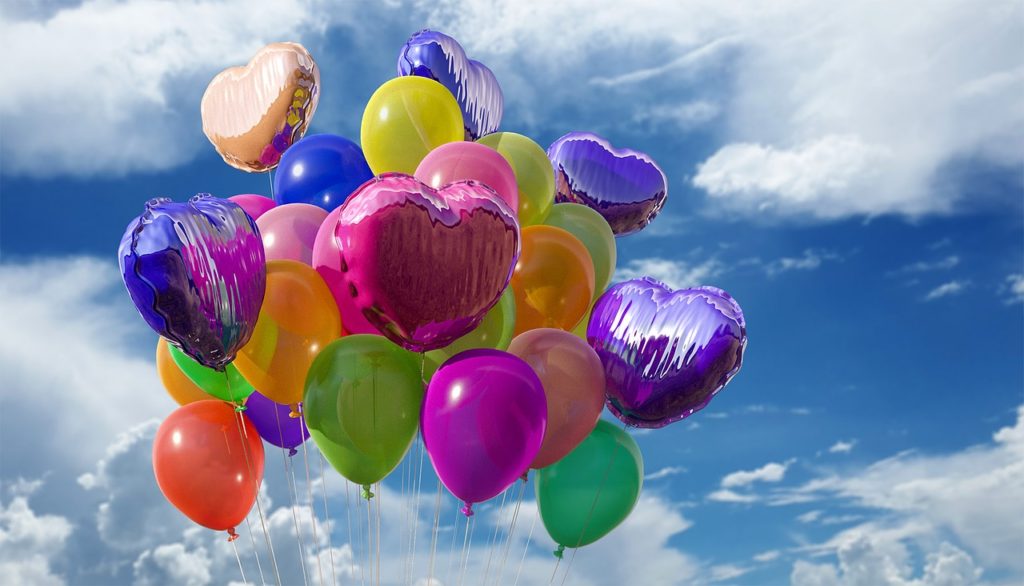 Stude is working on a series of EdTech Apps to prepare students for the 4th industrial revolution, get involved and revolutionise teaching and learning.

We would like to say thank you to all our customers; join us in the celebration by downloading a free copy of Classroom Noise Monitor: